Adults have been reading juvenile fiction for decades—The Adventures of Huckleberry Finn, anyone?—but the practice, as a contemporary phenomenon, has divided the literati along ideological lines. Taking the pro position are those who believe that any reading is preferable to none whatsoever, and who are loathe to discount a work of fiction’s literary status on the sole basis of the novel’s intended audience. Against them stand the thinkers who chastise adults for foregoing age-appropriate literature in favor of YA pop fiction: Suzanne Collins, Veronica Roth, etc.

If it seems that I am in the former camp, believe me when I say that I am not. I am not saying that YA fiction has no place in adult society. Some of us are intellectually incapable of reading novels aimed at our age group. Others are parents who wish to connect with their children through books. Still others enjoy the flights of fancy pop fiction provides. In these cases, I take no issue.

It bothers me, however, that the majority of novels being discussed at water coolers today are shoddily-written rehashings of older and better stories, made devoid of literary value and retold for teens. Often times, it seems, book franchises are only popular and praised so long as they are in the Hollywood eye; Philip Pullman’s His Dark Materials trilogy was all anyone could talk about until the film flopped. The people who read YA fiction deserve better than fickle prominence and cheap reproductions.

The argument is often made that series like The Hunger Games should be celebrated for narratives centered around strong female protagonists, but it is important to remember that describing a female character as “strong” or “independent” does not predicate a feminist status. While I am more than happy to see a heroine beloved by both male and female audiences, as this shatters the myth that boys do not enjoy books about girls, I don’t want my sex to be represented on any level solely by careless writers and dumbed-down stories. Listed below are three YA novels with sincere feminist lessons that even adults may benefit from reading. 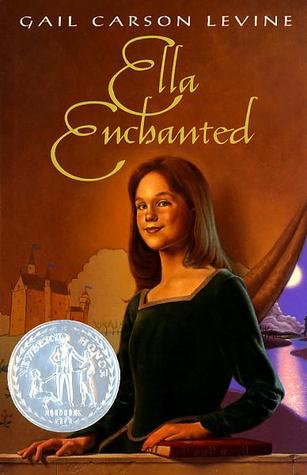 Forget the terrible film version. This novel is not a comedic romp through Fairytale-land. It’s dark and meaty.

The premise is simple, part-Cinderella and part-Sleeping Beauty. A fairy “gifts” baby Ella with absolute obedience. After learning that she cannot defy a direct order, her peers effectively turn her into their puppet, forcing her to serve them and publicly humiliate herself for their amusement. Charmont—a kind, but ignorant, love interest—attempts to save her, but Ella must ultimately be the one to save herself.

I call Ella Enchanted meaty because it embodies the systematic denial of women’s autonomy in one character and her story. By making the fairy who initially curses the protagonist is female, Levine calls into question the complicity of some women in patriarchy. Through Charmont, the novel also handles the ignorance regarding women’s lives that even well-meaning men often exhibit. 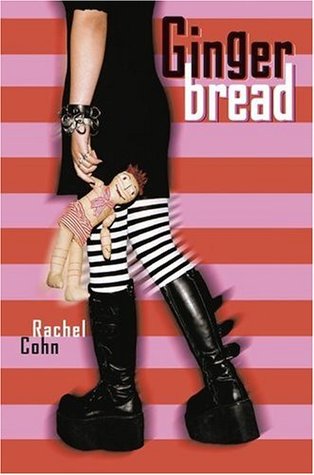 Fair warning: if you hate The Catcher in the Rye, you will probably hate Gingerbread as well. Cohn’s protagonist, Cyd Charisse, is just as spoiled and privilege-blind as Holden Caulfield. Personally, I give her the same benefit of the doubt as I do Salinger’s protagonist. She’s a rich goth girl who prefers hanging out with surfers and working as a barista to attending school. But she’s so much more than that.

At its most basic level, the novel centers around Cyd’s relationship with her mother and stepfather, and the biological father who has kept her existence a secret from his family. Cohn explores the generation gap so well that there are no clear-cut winners and losers in the argument. Where the adults in her life have experience and wisdom, Cyd has secrets and feelings. Neither is presented as superior.

This is one of very few YA books I’ve encountered that positively portrays female sexuality; Cohn’s heroine never apologizes for being sexually active. Although she largely hides her sexual activity from her parents, the novel makes it clear that Cyd’s relationships with them are not healthy. For its depiction of a young woman as an autonomous, sexual being, Gingerbread is worth picking up. 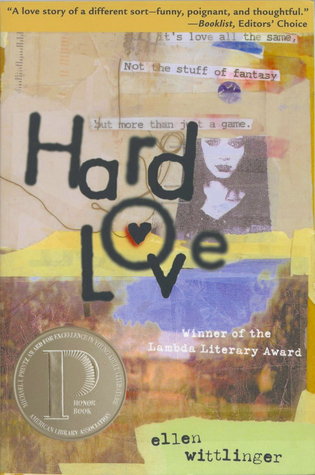 Unlike the previous books on this list, Hard Love is narrated by a—presumably White—cisgender, heterosexual male. In some ways, Wittlinger’s narrative wouldn’t work otherwise.

If this all sounds a bit like Kevin Smith’s Chasing Amy to you, I understand. Rest assured, Wittlinger’s heroine never wavers; Marisol knows who she is, and she’s upfront and honest about it. She forces John to understand how ignorant it is to assume that he can—lovingly or otherwise—convert her to heterosexuality. As a lesbian of color who never becomes a cultural stereotype, Marisol is refreshingly unique in YA fiction.

Can you think of some books to add to this list? Let me know in the comments!